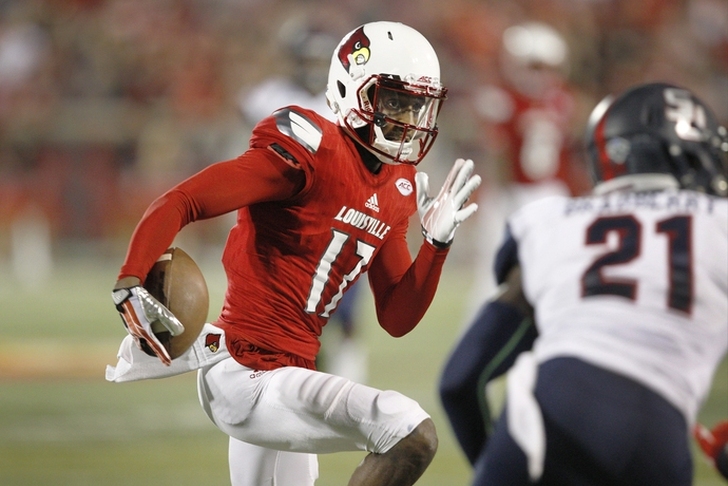 The 2017 NFL Draft is complete and the Washington Redskins have already landed a few coveted undrafted free agents. NFL teams start trying to sign these UDFAs the second the draft ends, and sometimes even sooner, although all of the moves typically won't officially be announced for a few days.

We have every player the Redskins have signed below. We've also included a brief write-up about the more notable additions.

It's not a big group of UDFAs, but the Redskins do have some of the better names. There's Fish Smithson, who is actually a pretty solid player. He's a potential backup / special teams guy who could start on the practice squad. Then Tyler Catalina will set up plenty of Catalina wine mixer jokes from his teammates.

Kyle Kalis profiles as a guard and might be able to latch on as a backup. Once his player career ends, he wants to be a WWE wrestler. No, seriously.

Quick was one of Lamar Jackson's favorite targets at Louisville last year. However, he's not a great athlete and will need to make an impact on special teams to stick.

Follow our Washington Redskins team page for all the latest Redskins News or download the Chat Sports App!