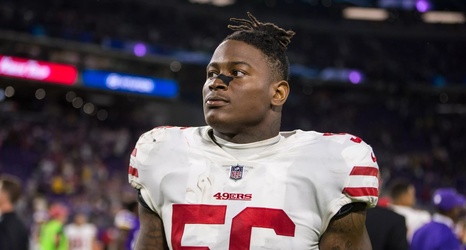 The Washington Redskins continue to get bad press for claiming former San Francisco 49ers LB Reuben Foster after his arrest for domestic violence. Doug Williams had to apologize for comments he made on the radio discussing the controversial move. Bruce Allen gave an off air interview for Monday Night Football that talked about the team conducting it's own investigation. That investigation did not involve talking to police in Tampa, or to the accuser.

Foster's alleged victim and ex-girlfriend Elissa Ennis was interviewed by ABC and discussed the current accusations of abuse at the 49ers team hotel that led to him being arrested and released by the team.