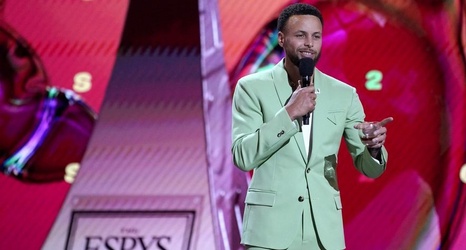 Stephen Curry had as much range as host of the ESPYs awards show as he does with his jump shot on the basketball court.

Curry performed the typical roast duties as host by teasing LeBron James and Tom Brady, but he also took a serious stance by calling for the release of WNBA player Brittney Griner, who has been detained in Russia since February.

“There are a lot of people working hard right now to secure Brittney’s release, but as we hope for the best, we urge the entire global sports community to continue to stay energized on her behalf,” Curry said.