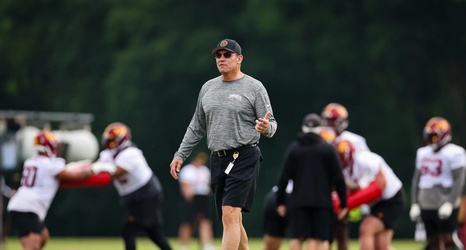 Benjamin St-Juste is thriving in his new role
The former Minnesota cornerback is lining up in a new spot in the secondary, and he's been shutting down Washington's wideouts.

Does Hunter Renfrow's extension impact Terry McLaurin's contract negotiations? | RSN
Hunter Renfrow, who was set to enter a contract year, agreed to a two-year extension with Las Vegas on Friday.