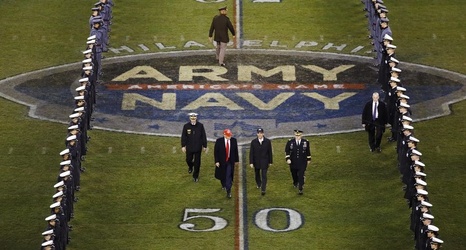 The Army-Navy game will be played in New England for the first time, the service academies announced Wednesday as they revealed the five cities that will host the game over the next five years.

Next year’s game will be played at Gillette Stadium in Foxborough, Massachusetts, home of the New England Patriots.

The 2024 game will be at FedEx Field in Landover, Maryland, followed by M&T Bank Stadium in Baltimore in 2025, the Meadowlands in East Rutherford, New Jersey, in 2026, and Lincoln Financial Field in Philadelphia in 2027.

Philly, the game’s traditional home, has hosted 90 times and was previously announced as the host this year on Dec.