After brutal month, Redskins somehow 'are still in this thing' 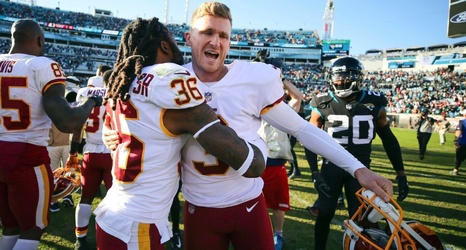 ASHBURN, Va. -- In the past month, the Washington Redskins:

Somehow, though, all that hasn’t sunk them. So here they are, still alive in the NFC playoff race with two games left.