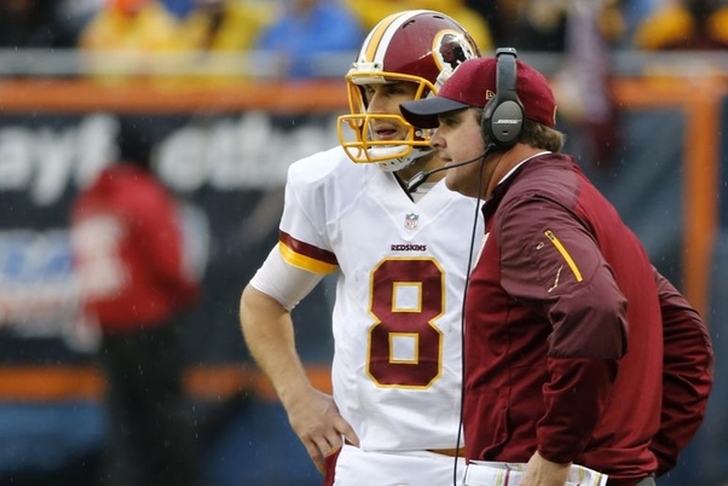 Nobody can deny that the jump from 3-13 to 9-7 provides a major boost of confidence for the Redskins organization; many holes still dot their roster. The stars of the 2016 free agent class such as Alshon Jeffery, Eric Berry, Von Miller will get franchise tagged and the ones that don’t will not get a phone call from Washington. Skins GM, Scot Mccloughan, has made it clear that he builds through the draft, not through splashy free agent signings. While April’s draft will serve as the foundation of the Redskins rebuild, there will also be some veteran signing, known as “football players,” in Mccloughan speak, who will be expected to immediately contribute to another playoff run.

Here are the areas the Redskins must improve this offseason, and some realistic upgrades.

Running Back:
Some fans will disagree with this but ultimately it comes down to how one feels about Matt Jones. Alfred Morris’ days as a Redskin are over and Chris Thompson, when healthy, is at most a passing down back. Matt Jones flashes potential, but the fumbling issues and dismal YPC numbers this season don’t help his cause. The Redskins need to bring in another back to at least compete with Jones for the starting job.

Center:
Center is a top need for the Redskins. Kory Lichtensteiger is 30 years old and is coming off a neck injury that kept him sidelined for most of the regular season. Lichtensteiger wasn’t a liability on the field, but he’s only 6'2, and doesn’t provide the push on the line of scrimmage that is needed. Josh Leribeus is currently the backup and in addition to being in most Redskins fans doghouse, he is also a free agent.

Left Guard:
A fix at left guard is a must if the Redskins hope to improve in 2016. The Skins might use an early round pick on a left guard. Spencer Long doesn’t seem to be a full time starter and unless Mccloughan sees something special in Lauvao, the bench is thin. Arie Kouandjio, last year’s fourth round selection, seems to have caught the imagination of coaches because of his size and physical talent but barring any magical improvement, he won’t be a full-time contributor come camp in August.

Defensive Line:The Redskins defensive front was inconsistent in 2015. At the moment, the only definite starter is 28 year old Chris Baker. Terrance Knighton is a FA, and his future with Washington is unclear. Stephen Paea has the makings of a FA bust, Ricky Jean-Francois is at best a complimentary player and Jason Hatcher is contemplating retirement.

Inside Linebacker:
The Redskins Inside linebacker roller coaster began after week 2 with the  Perry Riley injury. Eventually Keenan Robinson succumbed to the injury bug as well and by the playoffs the entire inside linebacking corps was had turned over since Week One. Keenan Robinson is a FA this offseason and will most likely not be retained and Riley is a possible candidate for release. Mason Foster is also a FA and probably won’t be back and Will Compton’s future looks to be as a back up.

Secondary:
What was initially thought to be the Redskins biggest weakness at the outset of the 2015 season turned out to be a position which revealed promising young players that will only get better. Bashaud Breeland took huge strides in his sophomore campaign and both rookie defensive backs Quinton Dunbar and Kyshoen Jarrett flashed potential. Even with that dose of optimism, the rest of the defensive back corp is full of questions. Chris Culliver was plagued by injuries all season and will probably be released. Will Blackmon overachieved during his Washington tenure but still might be sent packing in favor of younger athletes. At safety, Dashon Goldson is a possible candidate for release and while Deangelo Hall will be back at safety he will face stiff competition for the starting position. Jeron Johnson has been used strictly on special teams and Duke Ihenacho will be a cap casualty.