Redskins Rumors: Washington Wants to Fire Mike Shanahan, But Only With Cause 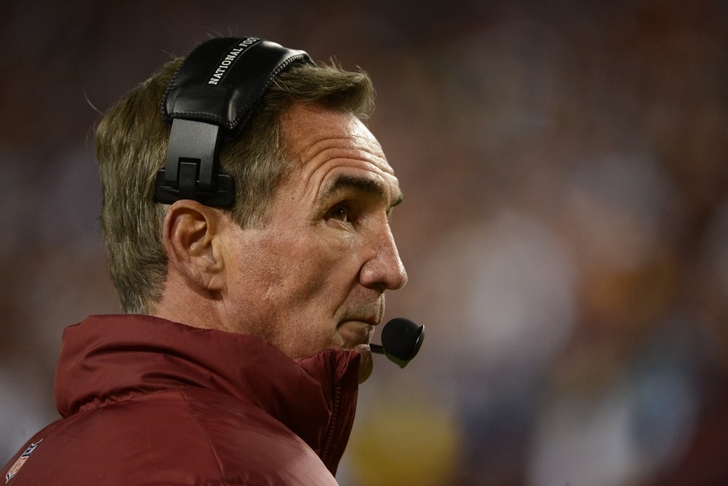 An ugly situation in Washington is about to get even uglier, as widespread reports now claim the Washington Redskins are looking for excuses to fire Mike Shanahan without paying him the remainder of the money he's owed under contract.

Shanahan is due to make $7 million next year. Firing him without cause would mean the Redskins are on the hook for that entire sum, which if he's fired with cause, he doesn't get any of that money. The team reportedly thinks that Shanahan actively spread the rumor that he considered quitting after last season, which was picked up by ESPN over the weekend. Leaking the report about himself nearly quitting would constitute a breach of his contract, which would allow the team to terminate Shanahan's employment without penalty.

Shanahan is 24-37 with the Redskins, who are 3-10 so far this year after a surprise playoff appearance last season. While rumors that Shanahan wouldn't be back next season had circulated for some time, it's surprising that the Redskins would be this anxious to show him the door. We'll continue to provide updates as the situation develops.

Fan Loses $100,000 on $5 Parlay Bet After Antonio Brown Stepped out of Bounds