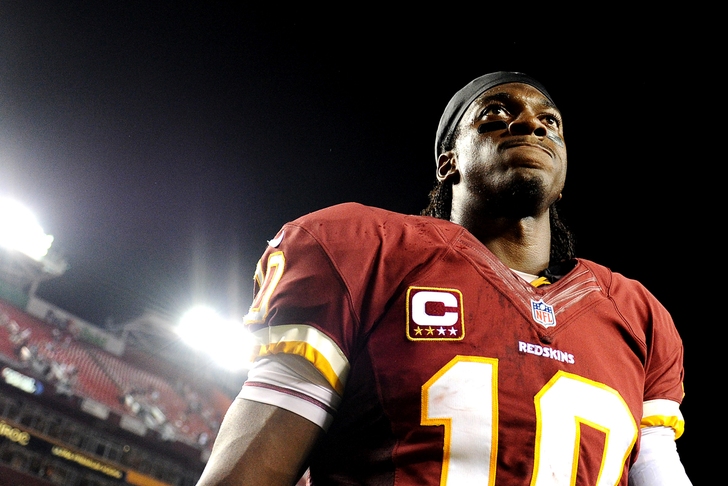 Washington Redskins quarterback Robert Griffin III has one overarching wish about the 2015 NFL season - to be able to remain in good health.

"The biggest thing for me is coming back healthy," RGIII said in an interview with ESPN980's Chris Russell on Wednesday night (with special thanks to SBNation/Hogs Haven for the transcription). "Last year I wasn't healthy, and it sucked, there's no other way to say it other than that. When you get broken and dragged home in the second week of the season ... When you and your team have big things in mind ... It's just getting healthy, getting the mental break, getting a chance to spend time with family, and then formulate my plan going forward for this year, and go ahead and win games and be playing again at this time next year."

Griffin dislocated his left ankle on a non-contact play against the Jacksonville Jaguars in Week 2, and was never the same guy mobility and confidence-wise from there on in 2014.

"I had never suffered an ankle injury to that severity before, so I didn't know what to expect," Griffin said. "And it just became harder and harder with the more games we lost, because you know how hard the guys work, and you want to get out there and help them win games. "I could have sat out the rest of last year with as bad as the ankle was, but I felt like I could play, and I wanted to get out there and play with my guys and help them win games," he added. "And that didn't happen when I got back out there, and coach made a decision. And that was an unfortunate decision, and something we all had to go with, because that was coach's choice. But at the end of the day I got to go back out there with my guys, we had a little bit of fun, we beat Philadelphia and the season didn't close the way we wanted it to, but we all know what we can do and we gotta go out there and do it, and there's nothing that we can say that's going to change what happened last year."