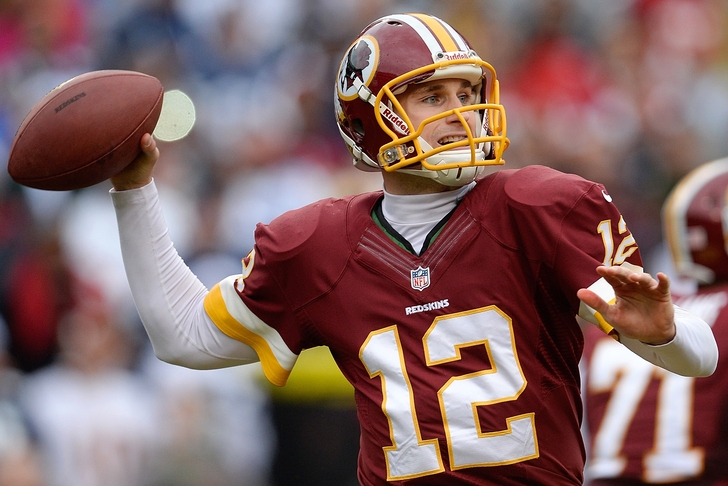 While there have been trade rumblings surrounding Washington Redskins quarterback Kirk Cousins and wide receiver Pierre Garcon for some time now, CSN Washington's Rich Tandler doesn't see a trade market opening up for them prior to or during the 2015 NFL Draft.

In fact, Tandley seems to be of the notion that both players' values outstrip any compensation they could pick up for them.

I’m not sure I see a market for either player, at least not one that would generate an offer the Redskins would have a hard time turning down. Cousins was relegated to the bench after throwing interceptions in bunches last year and not reacting well to them. Garçon might be an attractive player but I don’t see a team giving up much for a good, not great, player with $7.5 million in salary and bonuses this year and $8 million in 2016. If there is any interest I’d say it comes after the draft if some teams didn’t get what they wanted in Chicago. But for right now I think that both players are worth more to the Redskins than they could get in return for them.