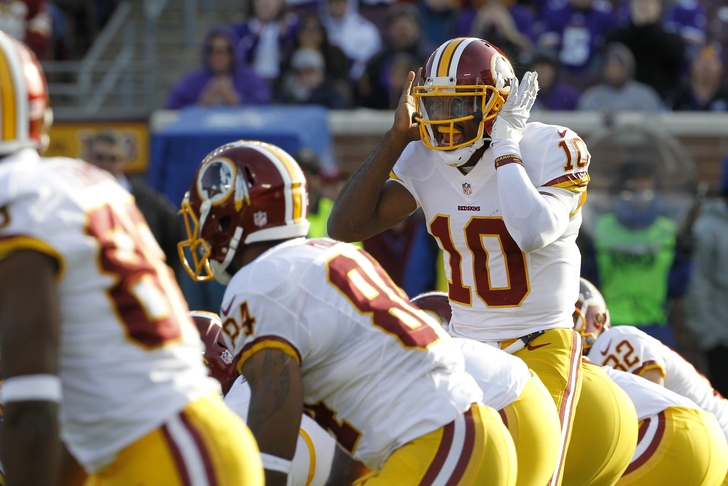 After the team's 27-7 loss to the Tampa Bay Buccaneers on Sunday, Washington Redskins starting quarterback Robert Griffin III was extremely forthcoming in his postgame press conference about why he felt the team turned in such a poor performance.

That included blaming both himself and indirectly blaming others - something which seemed to have caught head coach Jay Gruden's ire when asked about RGIII's comments on Monday.

“Robert needs to worry about himself,” Gruden told reporters, via Mike Jones of the Washington Post and NBC's Pro Football Talk.  “I’ll worry about everybody else. . . .  He elaborated too much.”

Gruden is also planning to worry about Griffin, saying he “had some fundamental flaws” that came up on Sunday which need to be addressed.

“From his basic performance, critiquing Robert, it was not even close to where it needs to be,” Gruden said matter-of-factly, via Jones.

One of those flaws was the fact that Griffin overthrew WR DeSean Jackson three times, perhaps costing the Redskins a chance to get back in the game.