Redskins News: Jay Gruden, Robert Griffin III to give it another go in 2015 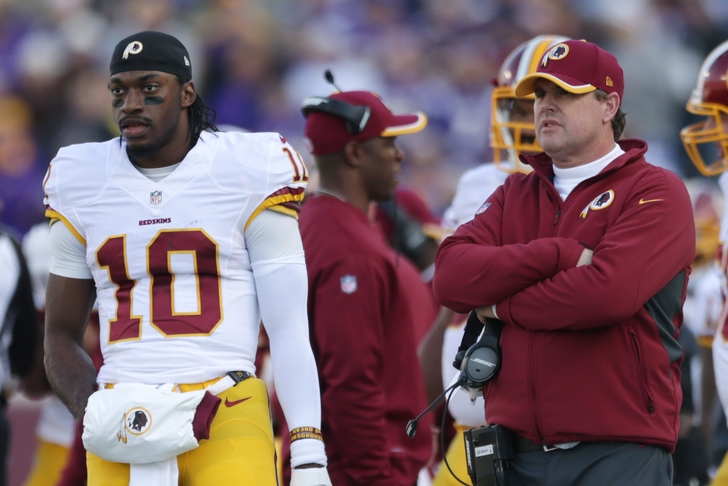 As NFL.com's Dan Hanzus posits, "the question is whether Gruden and Griffin can co-exist after a season in which the coach was frequently outspoken in his criticism of RGIII's play."

Gruden once again spoke honestly about RGIII's future while speaking with reporters on Monday.

"Moving forward, I think he's got the arm talent to be a good quarterback, obviously some issues in the pocket have to be worked with," Gruden said. "Anticipation, accuracy, there's a lot of things that can be improved on, but that's every quarterback in the NFL will have to improve on every part of their game from one season to the next and he's no different."

If Griffin to work on improving his game with Gruden and not in spite of him, it could play huge dividends in year two of Gruden's tenure with the team.