Redskins News: Cousins Benched For McCoy in Second Half 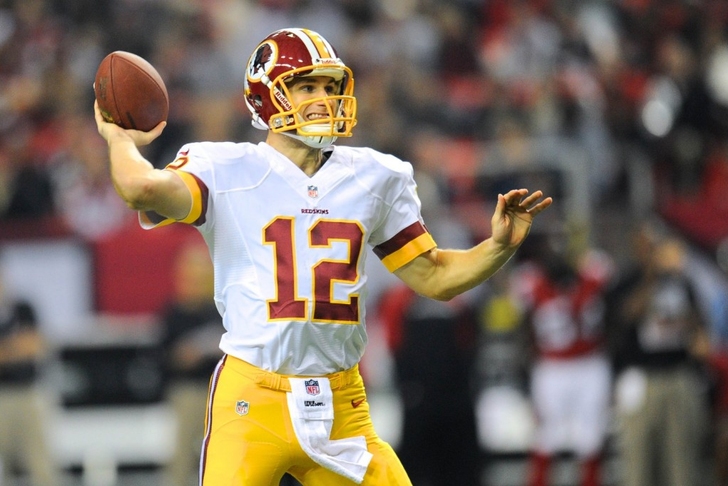 The Kirk Cousins experience is apparently drawing to a close in Washington.

Cousins, who has struggled in all but one of his starts since taking over for the injured Robert Griffin III, was pulled in favor of backup quarterback Colt McCoy to begin the second half.

Cousins completed 10 of 16 attempts for 139 yards and an interception in the first half.

McCoy hit Pierre Garcon for a 70 yard touchdown on his first pass attempt of the game. He looks like the guy for the Redskins, at least for the rest of this game.

Griffin III has a chance at returning next week.