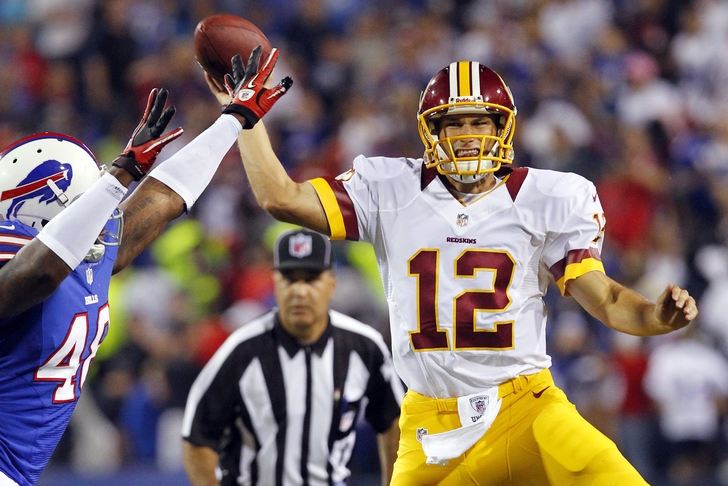 Can't get enough Redskins news and rumors? Be sure to download our 5-star iPhone app today!

The New York Giants didn't mince words when addressing how they managed to pick off Washington Redskins QB Kirk Cousins four times in their 45-14 blowout victory on Thursday. Their revelation didn't exactly come as a surprise to Redskins head coach Jay Gruden.

According to Michael David Smith of NBC's Pro Football Talk, "Giants cornerback Prince Amukamara said that the first player on the team to notice it was defensive end Jason Pierre-Paul, who during film study over the last few days began to see that Cousins had certain tells. Pierre-Paul passed that knowledge on to his teammates in the secondary."

“JPP even saw it, he told us that [Cousins] was staring down his receivers,” Amukamara stated, per Conor Orr of NJ.com.

Gruden could do nothing but agree with Amukamara's assessment.

“He’s a young guy playing the position, and young guys playing that position at this level will tend to make mistakes from time to time,” Gruden said. “We’ve got to make sure he’s sees his throws a little bit better and his eyes are in the right spot. There was a couple of them [interceptions] where he stared down the receiver, and the safety just came over made an easy pick.”

Cousins and the coaching staff will have to patch up this hole in his game ASAP, or risk watching the entire 2014 season go up in smoke.