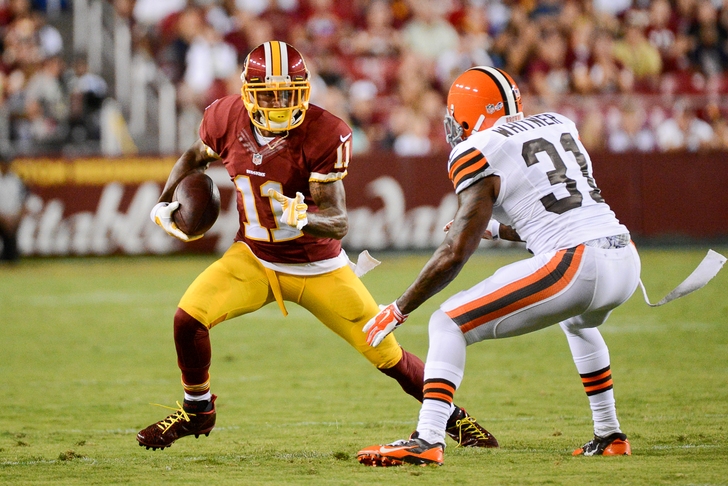 In this Redskins news update, Washington Redskins wide receiver DeSean Jackson addressed the mood of the team on FOX's pregame show on Sunday, detailing how the players reacted when quarterback Colt McCoy was benched in favor of a returning Robert Griffin III.

"When the past decision was made for Colt to be benched and RGIII to come in and start, you kinda feel guys feeling a certain way about that," Jackson said, via Gregg Rosenthal of NFL.com. "In the locker room, I had to stand up and say something like, 'As players, that's not our job. We can't worry about that.

"The only thing we can worry about is going out on Sundays and play your best and put your best foot forward. You worry about what you're gonna do on the field, and let the coaches, the owners and everybody else have that relationship with RGIII or whoever's making that decision. As players, we gotta take care of what we can do.'"

There's a lot there to dissect when it comes to certain players in the locker room being less than thrilled about Griffin's automatic spot as the team's starting quarterback. Jackson was careful to call RGIII a "good guy," but also noted that Kirk Cousins and Colt McCoy did an admirable job filling in for him.

"Whoever's at quarterback, I don't care, man," Jackson said, trying his best to keep the drama at a minimum.