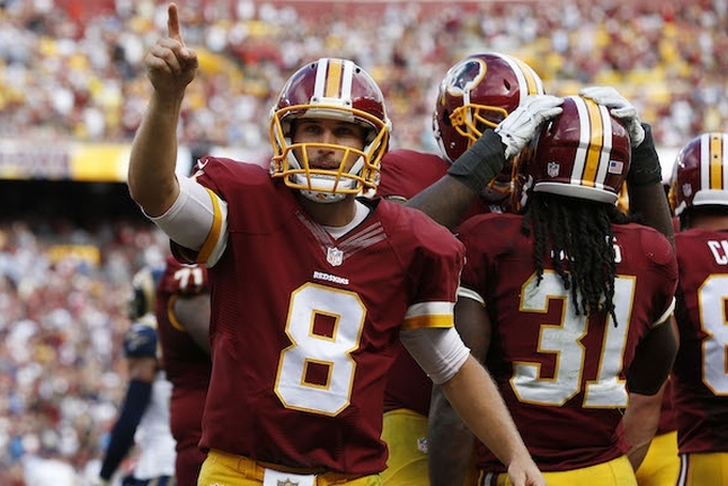 The Washington Redskins surprisingly won the NFC East and made the playoffs last season, giving this young team plenty of hope for the future. Many don't expect them to repeat that feat in 2016, but we disagree. Here are four reasons why the Redskins are guaranteed to return to the postseason this year:

Those who say the Redskins will take a step back because of the other teams in the division need to wake up. The Eagles gutted their roster to draft a player (Carson Wentz) who won't play this year, and the Giants still can't run the ball or stop anyone on defense. The Cowboys may have star power, but they also lack anything resembling a good defense - and as we saw last year, they're one injury away from being dreadful.

Washington is easily the most well-rounded team in the division, and that will show itself during the season.

Alfred Morris is gone, leaving Jones in position to become the featured back for Washington - something he looked destined for early last season. The Redskins have limited options at RB, with Chris Thompson the only proven backup. Jones will have to to improve on his 3.4 yards per carry average and at least double his 490 yards on the ground. An improved offensive line should help, and Jones could be in a breakout season.

The secondary was one of Washington's biggest weaknesses last year, so they went out and added one of the top five cornerbacks in the league. Having Norman on the outside will allow the Redskins to take more chances and ramp up their pass rush. He'll bring some added swagger to the unit, giving them a needed personality.

Cousins was perhaps the biggest surprise of the 2015 NFL season, passing for 4,166 yards and 29 touchdowns, emerging as one of the better quarterbacks in the league. He carried the offense while having to deal with a lackluster rushing attack, and did it all in his first season as the starter. He'll only get better in his second season under center as he grows more and more comfortable in Jay Gruden's offense. Expect him to guide the Redskins to another playoff appearance this season.