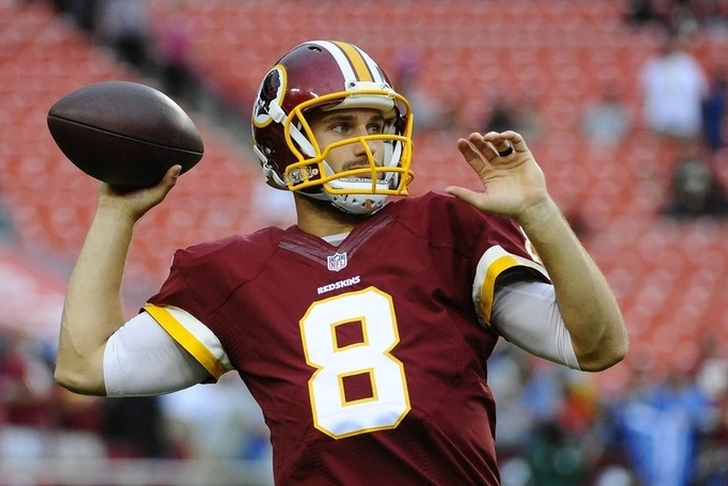 The Washington Redskins have a ton of key decisions to make this offseason when it comes to cuts, free agency, the draft and potential trades. We're here to take a look at the first two of those areas with our list of the 3 Toughest Offseason Contract Decisions For The Redskins.

3. Cut Andre Roberts?
Roberts' $5 million cap hit for 2016 is exorbitant if he is relegated to his 2015 role of fourth wide receiver next season. He was signed away from the Arizona Cardinals to be a starter, but he ended up getting crowded out by both DeSean Jackson and Jamison Crowder.

Unless the Redskins see something we don't right now, saving $3 million by dropping Roberts seems like the smart play. More Redskins news and rumors inside the Chat Sports iPhone and Android apps!

2. Make Over The Secondary?
According to Bill Barnwell of ESPN, it might behoove the Redskins to move on from both Chris Culliver and Dashon Goldson this offseason:

1. Franchise Tag Kirk Cousins?
It's cost the Redskins a pretty penny to use the tag on Cousins (around $20 million), but it makes perfect sense in this situation. Cousins went from afterthought to franchise quarterback level over the span of just a few short months during the 2015 NFL season.

While he emerged as one of the most consistent and accurate quarterbacks in the league during that time, it's hard to ascertain whether it was a sign of things to come or the type of one-year spike that gets teams in trouble on long-term deals (see: Cassel, Matt). If they tag Cousins now, they can give it a year and really hash out whether he's the right man to lead the team through the rest of the decade.