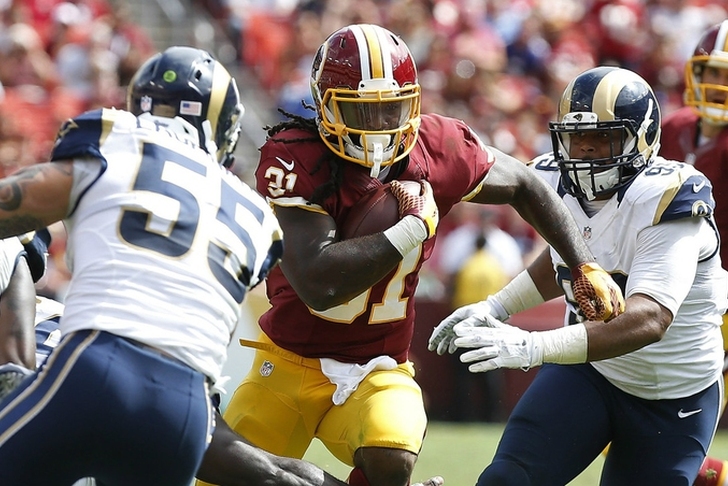 The Washington Redskins picked up a surprising victory over the Rams on Sunday, and they're looking to use that momentum to beat the New York Giants on Thursday night. Here are three reasons why Washington will knock off their division rival:

Washington's defense has been great through their first two games, ranking third in the league in points allowed per game (13.5) and first in total defense (234.5 yards allowed per game). The free agent additions of DT Terrance Knighton, CB Chris Culliver, and S Dashon Golson are already paying dividends, and they should have even more success against New York's middling offense.

The Giants have been in position to win each of their first two games of the regular season, but fourth-quarter collapses have them sitting with an 0-2 record. It's extremely difficult to get those time management issues worked out in a short week, so if this game is close down the stretch, the Redskins will have the advantage.

Morris and Jones have combined for 331 rushing yards and three touchdowns through the first two games, and the Redskins have the league's best rushing offense as a result. The Giants' rush defense does rank third in the league, but Washington just ran through a better Rams defense. These two should have a very successful night on the road, taking the crowd out of the game and leading Washington to a victory.

Follow our Washington Redskins team page for all the latest Redskins news and rumors!