3 Reasons Why The Redskins Are GUARANTEED To Beat The Cowboys 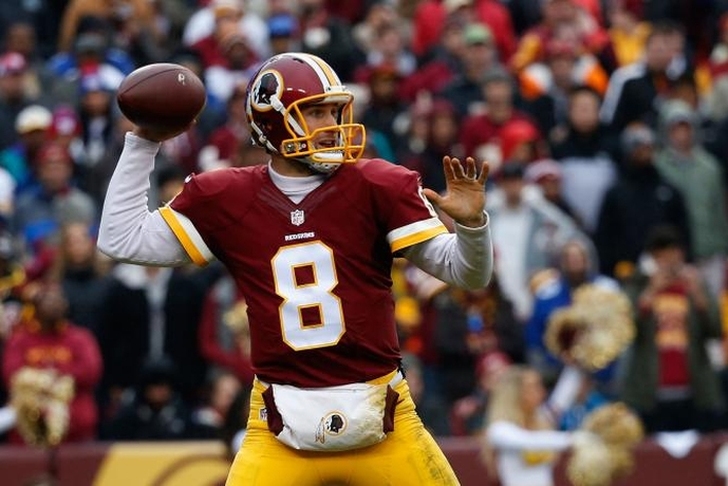 The Washington Redskins clinched the NFC East with a win over the Philadelphia Eagles last weekend, but they'd love nothing more than to close the regular season with a big win over their bitter rivals in the Dallas Cowboys. Here are three reasons why they're guaranteed to do just that:

2) Cowboys' injuries
Dallas has been without star quarterback Tony Romo pretty much all season, but they'll also be without top wideout Dez Bryant in this one. Pro Bowl linebacker Sean Lee and starting cornerback Morris Claiborne also expected to miss the game, leaving the Cowboys without two of their better defenders as well. At this point, Dallas just doesn't have the firepower to keep up with the Redskins.

1) Kirk Cousins
In case you haven't been paying attention, the Redskins starting QB has figuratively been sticking his middle finger up at his critics over the past month or so -- posting a quarterback rating over 100 in his last five five games while leading the Redskins to the top of the NFC East at 8-7. Cousins was near perfect in two of those contests, posting ratings over 150 (including a perfect 158.3) and eight combined touchdowns in wins over the Saints and Bills.