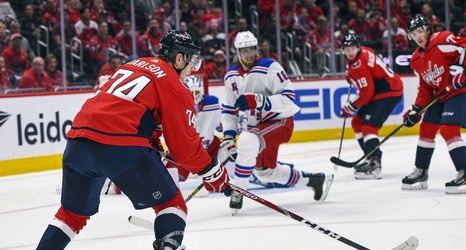 It is the beginning of their longest road trip of the season. A five-game road trip that starts in the Windy City and ends in Toronto to round out the month of October. It is a tough stretch but the Washington Capitals delivered on their home ice with two big wins.

First they used an 88 second stretch in the second period where their offense scored three goals en route to a win over the Toronto Maple Leafs. Then in Michal Kempny’s return Friday night the defenseman scored and the Capitals defeated the New York Rangers 5-2.