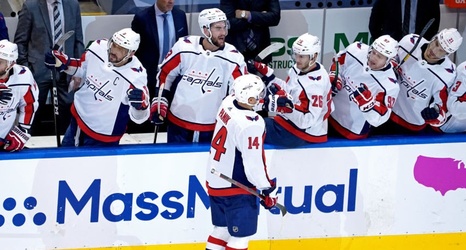 Richard Panik had a rough first season with the Washington Capitals. He got off to a slow start on the third line but found his niche when he moved up to the fourth line. Panik played in 59 regular season games and had nine goals and 13 assists for 22 points. Not bad numbers for a bottom six forward.