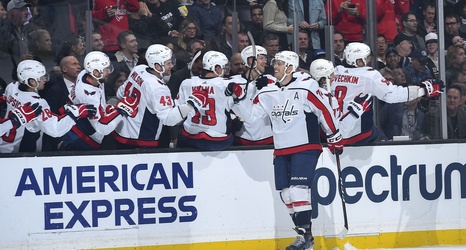 The Caps are even hotter on the road. They have a 13-2-1 road record this season which is a 0.844 points percentage.

Defenseman John Carlson might be the hottest Capital. He currently sits sixth overall in points with 42 which is 14 more than the next defenseman.

On Tuesday, the team went to San Jose and beat the Sharks. Carlson had three points to lead the Caps to a 5-2 win at the SAP Center.