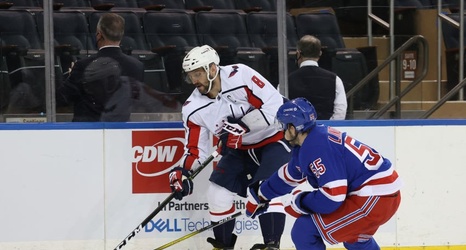 The Washington Capitals had an early 2-0 lead. Then the New York Rangers went on to score five unanswered goals including four in the third period. The Caps third period woes continued for the second game in a row after blowing a 4-0 lead the other day to nearly fall to the Rangers.

The Caps got on the power play when Kevin Rooney was called for holding Nick Jensen. On the attack T.J. Oshie got a look right in front of the net and buried it in for his ninth goal of the season at 2:23.