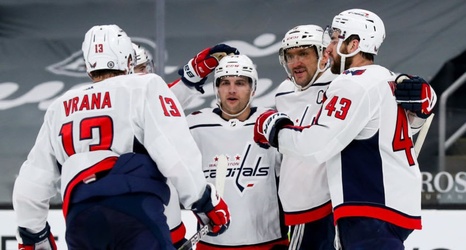 The Washington Capitals not only defeated the Boston Bruins on the road, they routed them. The final was 8-1 and it was complete payback in a big way from Thursday night’s defeat.

The game started out with a fight four seconds into the contest between Chris Wagner and Brenden Dillon. The Caps would later get a power play opportunity and on the attack Evgeny Kuznetsov set up Nicklas Backstrom who fed T.J. Oshie for the snipe at 7:33.