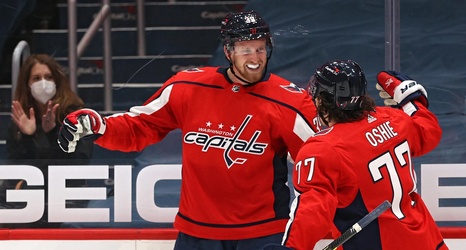 Less than 48 hours ago, Anthony Mantha was in the middle of his pre-game nap, part of his routine to prepare for Detroit’s showdown with the Carolina Hurricanes. His phone went off, but he slept through the call. Soon after, he woke up to a text from general manager Steve Yzerman.

“We had a quick phone call when I woke up,” Mantha recalled. “He just told me I got traded, best of luck and thank you for everything I did in Detroit.”

The hours that followed would go by in a flash for the 26-year-old, who was experiencing the first trade of his young career.