Stingrays Looking to Win the Weekend and Advance 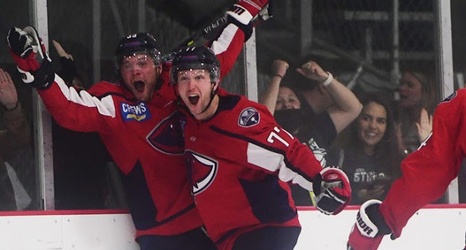 The South Carolina Stingrays had work to do to get into the playoffs. With three weeks left in the regular season, the Rays were in sixth place in the Eastern Conference, needing a top-four finish to make the playoffs.

With just six games left, they had moved up one spot. So the Stingrays did what they had done all season: Fight until the end.

“I thought our guys did a great job coming together, responding to some adversity throughout the season,” head coach Ryan Blair said.