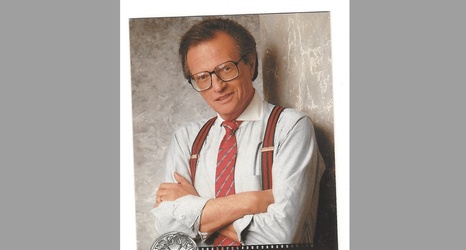 Longtime Caps fan and journalist Larry King died on Saturday, and Caps Outsider would like to remember the time he was involved with the team. He was a diehard fan, once naming Alex Ovechkin as his favorite player and, like many of us, picking the team to win the Stanley Cup, even when they didn’t.

He also did some broadcasting with the team on Home Team Sports back in the 80s.

“What Larry brings to us is another dimension,” said Jody Shapiro, HTS’ programming director and executive producer, according to a 1984 Norman Chad article.