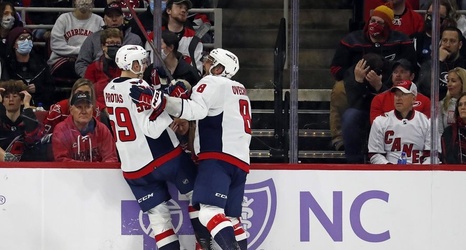 RALEIGH, N.C. — Dmitry Orlov scored on a power play with 2:55 remaining, and the Washington Capitals recovered after blowing a two-goal lead to beat the Carolina Hurricanes 4-2 on Sunday.

The winning goal, which was set up by Tom Wilson’s pass, came just seconds after Washington’s 5-on-3 advantage expired, but the Capitals still had time with an extra skater.