Offseason Opinions: Put a Little Love in Your Heart 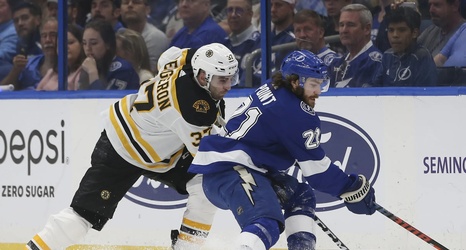 Okay, so we’ve unloaded some hatred... but what about those guilty pleasures, those players you just hate to love but can’t help it?

Peerless: Current – Patrice Bergeron. I just like guys who play the game with versatility and skill and do so without drawing attention to themselves, letting the product speak for them. For me, Bergeron is the epitome of such a player. And his performance in the 2013 playoffs while playing with injuries that would have put me in the hospital (broken rib, torn rib cartilage, separated shoulder, a pinhole puncture in his lung; it took his lung collapsing to get him to the hospital) …amazing.