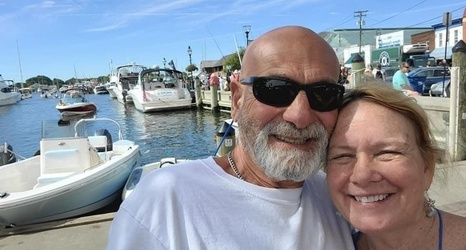 The search is on for a Virginia couple who have gone missing in the Atlantic Ocean after they set sail for the Azores Islands earlier this month.

The U.S. Coast Guard said Tuesday that Yanni Nikopoulos and Dale Jones, both 65 and from Hampton, Virginia, departed on their 2,300 mile trip on June 8.

On June 13, they told Ms. Jones’ daughter that the boat was damaged by heavy weather and they were returning to Virginia. At the time, they were about 460 miles from Virginia.

The Coast Guard said Ms. Jones’ daughter contacted the agency on June 17 because she hadn’t heard from the boaters.