Ilya Samsonov: What We Know and What We Don’t 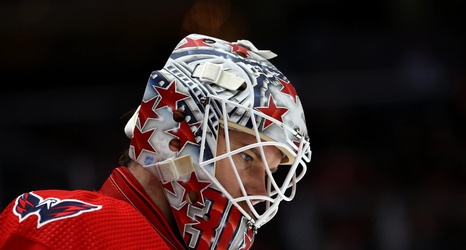 The next time Ilya Samsonov steps on the ice in a game for the Caps, he’ll be making his 50th career NHL appearance. If he starts, it’ll be his 44th start in the League.

Samsonov will be 25 in February, and has already had plenty of career ups and downs, seemingly alternating between opportunity and disappointment. He was drafted as the heir apparent to franchise legend Braden Holtby, but wasn’t considered ready for the role when Holtby left, so the team signed Henrik Lundqvist... whose heart (literally) didn’t allow him to suit up for the team. Samsonov violated the League’s COVID protocols and got sick, and lost his starting role (again) to upstart Vitek Vanecek.