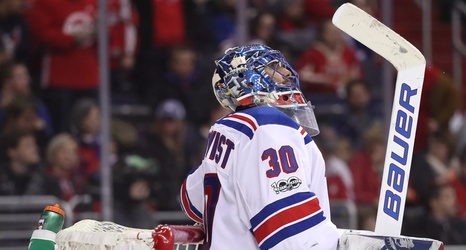 The last time that player of Henrik Lundqvist’s legendary status was brought to Washington might be when the Caps brought Sergei Fedorov to the District from the Columbus Blue Jackets in February 2008. There was a certain mystery about Fedorov, though, a player with almost no history against the Caps (he dressed for 22 games against Washington in 17 seasons before arriving in Washington). If anything, Lundqvist is the opposite, among the opponents over the years most familiar to Caps fans owing to his career with the New York Rangers, a perennial Metropolitan Division archrival.