Expect Some Green Faces on the Blue Line this Season 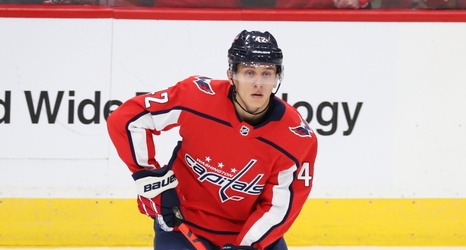 After Zdeno Chara signed with the New York Islanders Saturday, the Washington Capitals have seen two defensive starters depart this offseason. Before Chara, Brenden Dillon was traded to the Winnipeg Jets in July for a pair of second-round picks. The Caps would later use one of the picks to reacquire goalie Vitek Vanecek, who was poached in the expansion draft.

Combine Chara and Dillon and you get a monster of a man standing at 13 feet tall and clocking in at 480 pounds. What’s more is that both Chara (18:19 time on ice) and Dillon (18:57) are left-handed defensemen.