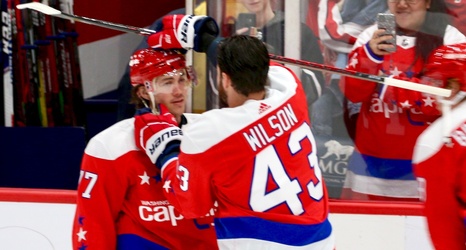 After previewing possible left-wing projections, Caps Outsider takes a look at the right-wing position for next season.

New head coach Peter Laviolette will be looking to see a re-energized offense this year. At right wing, the Capitals will once again see Tom Wilson, T.J. Oshie and Richard Panik. With an open spot on the fourth line, potential suitors look to contribute to the 115 points (56g, 59a) managed by the three other right-wings during the previous season.

Since being selected 16th overall by the Capitals in 2012, Wilson has continued to improve on the offensive end and quickly became popular among fans.