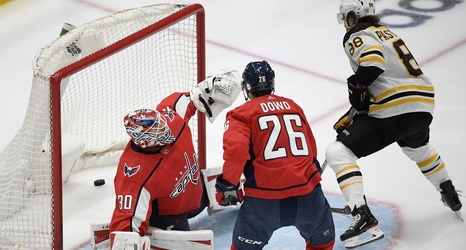 Nicklas Backstrom and John Carlson, bent double, allowed their momentum to carry them down the ice. The final horn had sounded Sunday, ending a mad scramble to find two goals that time didn’t allow for.

In a way, the Washington Capitals followed a similar path as Carlson and Backstrom’s final skates down the ice. The team had roared for much of the regular season, overcoming injuries and suspensions to earn the second seed in the East Division. But when their momentum gave out, there was little force to spur them onwards again.

The Boston Bruins beat the Capitals 3-1 on Sunday.