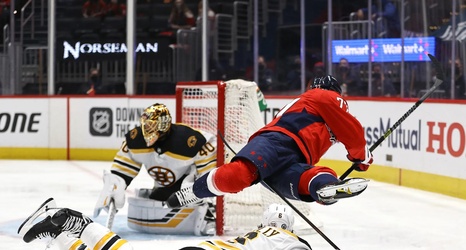 The Washington Capitals were a shell of their usual selves during their five-game first-round defeat to the Boston Bruins.

On Tuesday, the “why” became a bit clearer. Speaking to the media for the final time before pivoting to the offseason, several of the Capitals’ top players revealed they played through injuries in the playoffs, including Alex Ovechkin, John Carlson, T.J. Oshie and Lars Eller (although Eller was the only Capitals player to actually miss time due to injury in the postseason).

“There are players that will need some time to get to 100 percent,” said defenseman Brenden Dillon, adding that the season’s compressed 56-game schedule led to an increased number of soft tissue (muscles, tendons and ligaments) injuries.