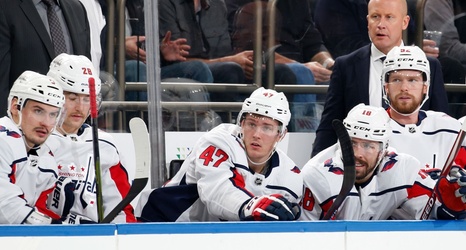 The New York Rangers defeated the Washington Capitals 4-1 behind a 30 save performance from Henrik Lundqvist. The win tied Curtis Joseph for fifth on the NHL all-time wins list.

The first period was scoreless with shots on goal even at 10 apiece. The Rangers would get a power play opportunity at the end of the first that would carry over into the second when Tom Wilson was called for boarding against Libor Hajek.

The Rangers struck in the second on a power play goal from Artemi Panarin 74 seconds in. Kaapo Kakko and Ryan Strome had the assists and Panrain finished a wrist shot from the left face-off area.