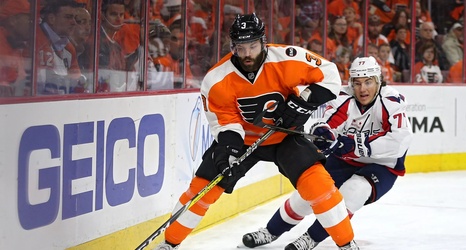 The Capitals have sent defenseman Matt Niskanen to Philadelphia in exchange for blueliner Radko Gudas. The move helped the Caps shed the remaining two years of Niskanen’s $5.75M contract, replacing it with one year of Gudas for $3.35M (with the Flyers retaining 30% of his salary this season).

For the Caps, the main feature of this trade is the clearing of salary cap space for each of the next two seasons. That’s important for Washington as it endeavors to sign restricted free agents Jakub Vrana and Andre Burakovsky to new deals while also trying to retain unrestricted free agent wingers Brett Connolly, Carl Hagelin, Dmitrij Jaskin and/or Devante Smith-Pelly this summer.