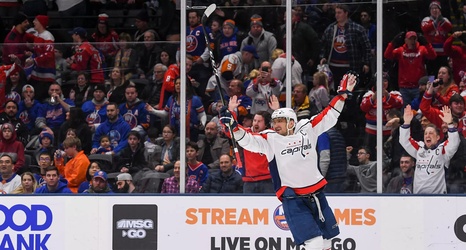 You probably heard a bit about Alex Ovechkin last week. The National Hockey League did too. On Monday afternoon, they named him the league’s first star of the week that ended Sunday.

Ovi entered last Monday’s game against the Carolina Hurricanes tied with Teemu Selanne as the NHL’s 11th all-time leading goal scorer. By the time the Washington Capitals headed off to conduct their bye week and All-Star game revelry, Ovechkin was tied for 9th on the all-time goals list with Steve Yzerman at 692.

Fittingly, eight goals stand between Alex Ovechkin, the Great Eight, from becoming the eighth player to score 700 goals in the NHL.