Alex Ovechkin: A Season’s Worth of Game Memories 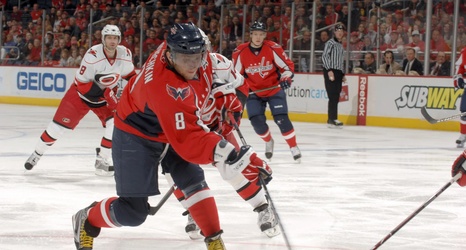 On October 12, 2005, Alex Ovechkin suited up for his first career game against the Carolina Hurricanes. And, to no one’s surprise at this point in his career, he opened the scoring in that game with a goal 10:28 into the first period.

Unfortunately, the Caps, who were in the midst of their rebuilding phase, took it on the chin from the Hurricanes, a team that would go on to win the Stanley Cup in that 2005-2006 season, 7-2. But Ovechkin and the Caps would improve their records against the ‘Canes with the passage of time.