The Not so "Happy Valley": The Demise of a Coaching Legend 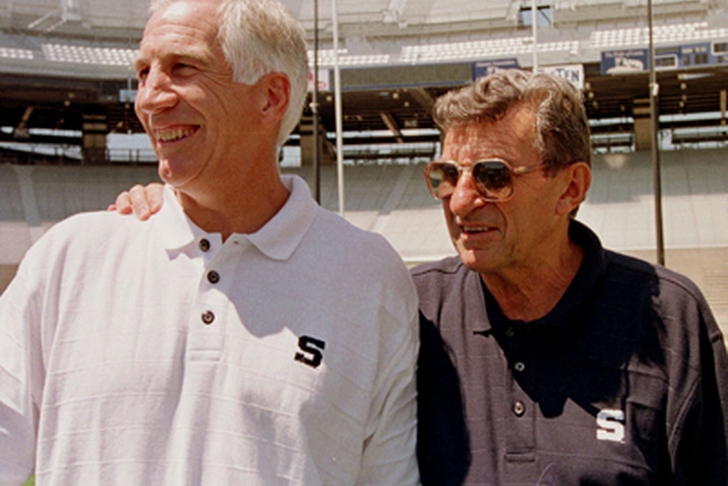 There are many things in life that perplex me beyond comprehension; one in particular is how someone could ever sexually molest or rape an innocent young child. Imagine the scene, a 10-year-old boy in a locker room shower being penetrated and sexually groped by an older man as his cries for help are drowned out by the pleasurable moans of the assaulter, in this case Jerry Sandusky. Now imagine this child to be your own son.

There have been scandals in collegiate athletics before, but none of them have been rooted in such evil and despicable actions. My first reaction to this sexual assault case at Penn State was pure shock and disbelief. Then when more information on the story leaked, we learned that Sandusky was in charge of a youth football camp held regularly at Penn State and also adopted many children. Sexual predator doesn’t even begin to describe the hideous nature of his criminal acts. There are no words to accurately portray this sexually demented human. He didn’t just destroy the reputation of a college football institution and a hall of fame coach, more importantly Sandusky destroyed the lives of numerous young boys. These victimized young men will forever be haunted by their unwarranted sexual encounters with this monster.

In a recent interview with Bob Costas, Jerry Sandusky proceeded to make an even more ass of himself by pleading innocent to all of the charges brought against him. There is no reason why this man should be speaking to the media because there is absolutely zero credibility in each breath he mutters. Addressing the allegations Jerry Sandusky replied, “"I have horsed around with kids. I have showered after workouts. I have hugged them and I have touched their legs without intent of sexual contact.” I cannot possibly take a grown man serious when he admits to showering with young boys and touching their legs. I honestly don’t believe he understands how truly ludicrous and moronic his statements sound. Jerry Sandusky continues to say he was, “trying to make a difference in the lives of some young people. I worked very hard to try to connect with them. To make them feel good about themselves. To be something significant in their lives.” He certainly became a significant figure in these young men’s lives; a significant figure that pillaged their individual purity and seized their virginity.

Jerry Sandusky’s defense attorney, Joe Amendola, in a separate interview defended his client by saying that horsing around in the shower is, “what jocks do.” I have been involved with athletics my whole life and I have been in my fair share of locker rooms and never has horsing around in the shower been considered acceptable or playful. The most you might see is a whipping of a towel, not a whipping of a young boy. The man who witnessed one of the rapes in 2002, Mike McQueary, recently addressed in an e-mail that he didn’t just turn and walk away from the horrible shower situation. He wrote, “I did the right thing ... you guys know me ... the truth is not out there fully ... I didn’t just turn and run ... I made sure it stopped ... I had to make quick, tough decisions.”  If you make such tough decisions, then why didn’t you step forward and say something to the proper authorities in the last 9 years since the incident in 2002?

The scariest part of the entire situation is the way the administration at Penn State decided to sweep the allegations and eyewitness account of Mike McCreary under the rug as if it wasn’t a big deal. These aren’t allegations of tutors writing papers for athletes or players trading their bowl game jerseys for tattoos; these allegations negatively affected the lives of numerous young boys. Joe Paterno has always been praised for doing things the right way and never giving into the pressure of recruiting violations and scandal. Coaches are educators and have a tremendous influence and impact on the development of our youth. Joe Paterno has been coaching for 62 years at Penn State, 44 of them as head coach, and his tenure has lasted through five decades.  He has always been seen as one of the most respectable and honorable coaches in college football history. Joe Paterno’s fall from grace has come swift and abrupt. He went from being a deity in the state of Pennsylvania to becoming an irresponsible and deserved scapegoat. His legacy as a college football coach is forever tarnished and in the eyes of his peers, he will never be viewed the same again.

[caption id="attachment_67" align="aligncenter" width="232" caption="Joe Paterno should be remembered for being the winningest coach in Division 1 history, but sadly his on the field accomplishments will forever be overshadowed by this horrific sex scandal "]