Kevin Jordan: The Year's Most Inspiring Story in Sports 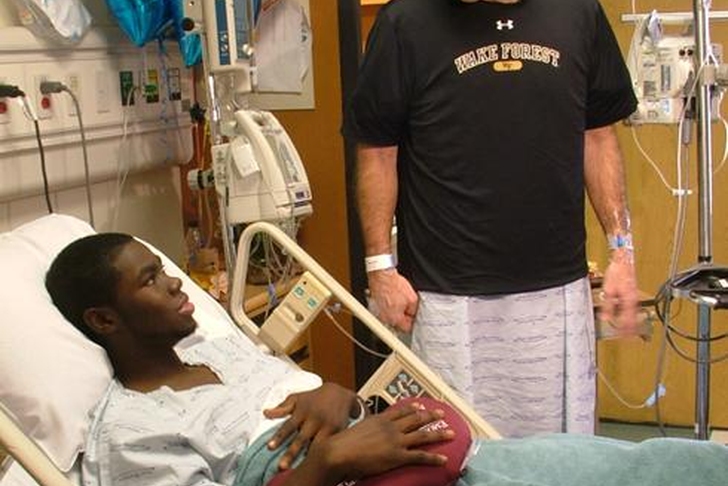 As the MLB postseason looms on the horizon, college baseball is far from the radar.

Unless you're talking about Wake Forest University.

Kevin Jordan was a high school baseball phenom. He had recently accepted a scholarship to Wake Forest when he was diagnosed with a disease that caused kidney failure.

Jordan wasn't just fearing for the future of his baseball career. He was fearing for his life.

After a series of tests, Walter discovered that he would be able to donate his kidney to Jordan for a transplant.

Because of Walter's gift, Jordan returned to play out the remainder of the 2011 season and continue his promising baseball career.

ESPN's E:60's feature presentation details one of the most touching and inspiring stories in sports this year. Watch the full feature here.