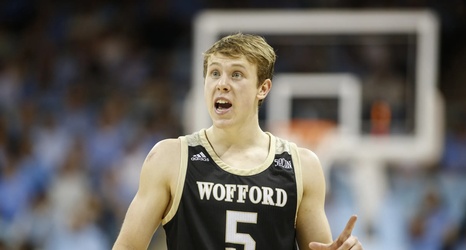 A quick search on the web and you’ll probably find Murphy for a different reason. A video he made with parents on Thanksgiving, which is highly entertaining and shows Murphy has talent that extends beyond the basketball court.

But, Murphy was an accomplished guard at Wofford and was recruited there by current Virginia Tech head coach Mike Young. In his final season with the Terriers, Murphy averaged 17.8 points per game and shot 40% from the 3-point line.