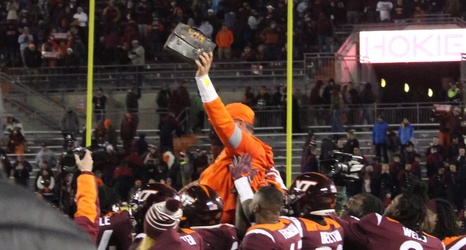 Usually the strange and extraordinary program related things happen after the bowl game. When the team has a winning season, and the football world thinks there only need to be a few tweaks, things just don’t move much.

Any team who was really concerned about winning their bowl game will tend to guard the staff and keep things intact until January. Well no one told Justin Fuente. The Hokies seem to have discovered a loophole in the standard operating procedure. So at the end of the day, December 9, 2019. The defensive coaching staff was tossed into a blender and some pieces lost.