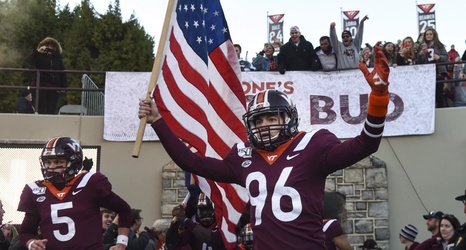 The Virginia Tech Hokies announced several promotions for the upcoming 2020 home schedule on Thursday. These promotions are generally centered around if the game will be an Orange Effect, Maroon Effect or White Effect, meaning the crowd is supposed to be unified in one color.

The first promotion — and the biggest — will be for the Penn State Nittany Lions. Penn State comes to Blacksburg on Sept. 12 and is undoubtedly the biggest game on the schedule for the Hokies. It will be a Stripe the Stadium game. That means Lane Stadium will be striped in orange and maroon for the game and stripe shirts will go on sale beginning this spring.