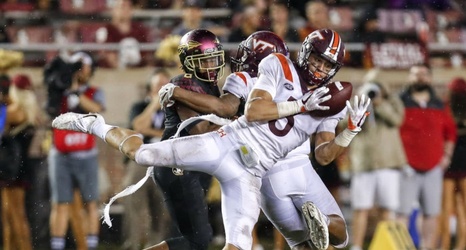 The 2021 NFL Draft has concluded and four Hokies heard their names called. Three of the four Virginia Tech football stars were selected in the first 80 picks.

A look at where former Hokies will be calling home this NFL season.