Virginia Tech football: 71 days til kickoff with a profile of David Pugh 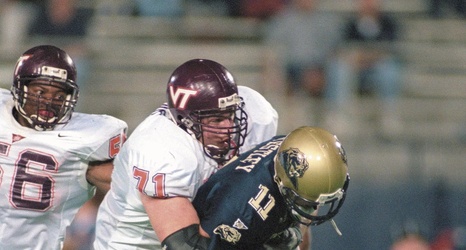 Today is June 21, 2019, which means we are officially 71 days away from the Virginia Tech Hokies opening the 2019 college football season at Boston College. Yesterday, we profiled former offensive lineman, Wally Browne, who played in the late 1970s into the early 1980s, opening holes for Cyrus Lawrence.

While our countdown has been heavy in the trenches for the offensive side of the football in the 70s outside of Bruce Smith and Tom Beasley, we go back to the defensive line with a look at No. 71, David Pugh.