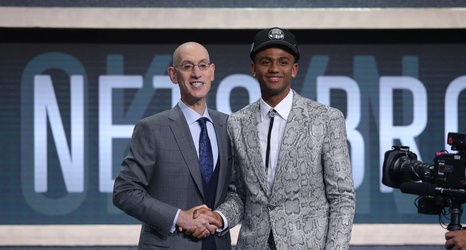 It was a big night for the Hokies’ basketball program, having three draftable prospects for the 2019 NBA draft.

With the 17th pick in the 2019 NBA draft, a Hokie became a professional NBA player. Nickeil Alexander-Walker became the first Virginia Tech player to go in the first round since Dell Curry in 1986. The 17th pick originally belonged to the Brooklyn Nets but the Pelicans acquired it through a trade with the Atlanta Hawks. The former five-star recruit had a pre-draft visit with New Orleans and the Pelicans maintained that interest throughout the draft process, culminating in the selection.