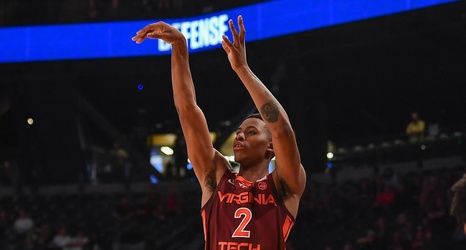 To the surprise of no one, Virginia Tech freshman Landers Nolley made the All-ACC Freshman Team. At one point this season, Nolley had won so many ACC Rookie of the Week honors it was a foregone conclusion he would be the ACC Rookie of the Year.

Well, that didn’t happen as Duke’s Vernon Carey Jr. won the award and rightfully so. Carey was the league’s preeminent freshman and I am not sure it was that close once league play began.

Nolley had a terrific start to the season. It looked like the Hokies had a legit star on their hands.