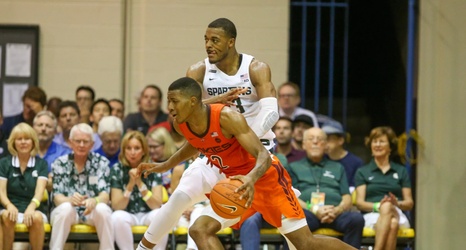 HOW. ABOUT. THEM. HOKIES.

It was the start of a new era. With a new coach and nearly a brand new roster. Someone apparently forgot to tell that to Mike Young and these Virginia Tech Hokies. After opening the season with a road win over Clemson, and rattling off four victories at home, Tech headed to Hawaii to take part in the 2019 Maui Invitational.

Expectations were low, if nonexistent. Why? Because the Hokies were opening the tournament against #3 in the country Michigan State. The team that odds makers in Vegas have as the favorites to win the national title this season.